Sleep apnea is an illness in which the person stops breathing many times during sleep for longer than 10 seconds at a time. They snore and awaken unrefreshed in the mornings and complain of excessive daytime sleepiness. Untreated sleep apnea results in the following:

In obstructive sleep apnea, the muscles of the tongue, throat, and larynx lose their elasticity (muscle tone) and collapse during sleep, thus resulting in a blockage of airflow into the lungs. This may be predisposed by an enlarged palate, receded jaw bone, or a genetically narrowed airway behind the tongue. Obesity and ageing worsen the problem. A reduction of body oxygen level occurs and the brain reflexively increases heart rate, blood pressure and finally awakens you so that breathing may be resumed. Rarely, other cases of sleep apnea occur where the sleeping brain does not send nerve impulses to the diaphragm muscles which are responsible for breathing.

How do I know if I have sleep apnea?

Loud snoring is a common symptom of sleep apnea and often precedes the development of the other symptoms such as choking and gasping during sleep. Sleep becomes very restless and light, and the person frequently moves around in an abnormal manner. Excessive perspiration, palpitations and feelings of impending doom (panic) may occur. Frequent urination is a common symptom, and in children, unusual bed-wetting is suggestive of the development of sleep apnea syndrome. They may become disoriented after awakening and have attention and behavioural difficulties at school and in social circumstances.

High blood pressure or any of the other conditions mentioned above may become increasingly difficult to manage.

How is the diagnosis made?

A definitive diagnosis can only be provided by a specialized test known as Polysomnography which is conducted in a sleep laboratory. This may be preceded by a careful detailed consultation visit with a sleep specialist. An appointment is booked for your overnight stay in the sleep laboratory for conducting the sleep study. In a follow-up appointment, approximately one month later, your sleep specialist will discuss the results of your test and thoroughly assess your concerns.

How does one treat sleep apnea?

The treatment plan always emphasises lifestyle changes. Many sufferers are overweight and strategies for weight reduction are advised. The use of medications is always discouraged unless it is absolutely essential in the treatment. Sleeping pills, tranquillizers, alcohol or any similar drugs including recreational drugs, which have a depressing effect upon the central nervous system should be avoided or used only after careful consideration of their potential fatal effect in sleep apnea.

In more severe cases, a “Continuous Positive Airway Pressure” (CPAP) device may be essential. This device is composed of a compressor which constantly blows air through a tube into a mask placed over the nose. This constantly pressurizes the nose and throat allowing it to remain open (like a balloon) during sleep so breathing may be normal and the airway does not collapse. Snoring is also eliminated, oxygen saturation remains in the normal level and sleep is uninterrupted.

Milder forms are sometimes amenable to Surgery of the palate, tonsils or reconstruction of the jaw and performed under general anesthesia in a hospital.
Specialized Oral appliances sometimes relieve snoring and mild sleep apnea by forwardly positioning the jaw. These are applied at bedtime.

This is a disorder of the nervous system, which results in an uncomfortable sensation such as pain, pressure, burning or prickly sensations, which may occur in the legs and arms making it difficult to fall asleep or to remain asleep. The symptoms are relieved by massaging or moving the leg s or feet. In many cases, this is accompanied with leg movements that occur while the person is asleep and results in frequent awakenings.

The net effect is an unrestorative sleep causing daytime fatigue and sleepiness, irritability and depressed moods and disturbances of memory and concentration. Again, an overnight sleep study will determine the presence and severity of the condition and its treatment. This disorder is often triggered by low back problems; nerve disorders of the limbs; pain; deficiencies of iron and vitamin B12; thyroid disorders and with the use of some antidepressant medication.

There are many different types of disorders in sleep which result in semiconscious awakenings and behaviours. These may be disruptive and dangerous to the person or the people around them. These behaviours may occur in normal sleep (non-REM sleep Parasomnia) and in dream sleep (REM sleep Parasomnia) and can often mimic seizures and bizarre behaviours. An overnight sleep study is essential in determining the type and treatment of this condition.

Treatment includes making family and friends aware of such behaviours and making the environment safer, i.e. removal of sharp objects, installing barriers to the stairs, etc. Avoiding sleep deprivation (staying up late) and use of alcohol reduces the risk of events. In some cases where the potential for injury exists, medications may be necessary.

This often inherited disorder of the central nervous system occurs as a result of a deficiency of specialized nerve cells (Orexin- Hypocretin cells) controlling wakefulness. These results in severe daytime sleepiness sleep attacks and paralysis during the day, which may be triggered by emotional changes such as laughing, crying or tearful situations. It may be associated with dreams, nightmares or hallucinations. The condition usually begins in adolescence resulting in disruptions at school and at home and carries a higher risk of accidents on the road and in other situations. An overnight sleep study and a daytime sleepiness test (multiple sleep latency tests) are essential in its diagnosis after a very careful history and consultation visit. Treatment involves significant lifestyle changes, safety precautions, and often medications to improve symptoms.

25% of the work force is presently engaged in shift work and it is estimated that by the year 2005, this will be increased to 40% of the work force. Shift workers have very poor sleep, as their sleep does not coincide with natural biological time cues. This results in a very fragmented and reduced sleep, and eventual chronic sleep deprivation. Shift workers also have a high incident of other diseases such as high blood pressure, ischemic heart disease, gastroesophageal reflux disease, depression and obstructive sleep apnea. Workers with some of these disorders, or any sleep disorder are not suited for shift work from a health perspective.

There are approximately 100 sleep disorders presently known and the consequences of these disorders are slowly becoming known to medical communities. More than 95% of people with sleep disorders go undiagnosed or untreated. 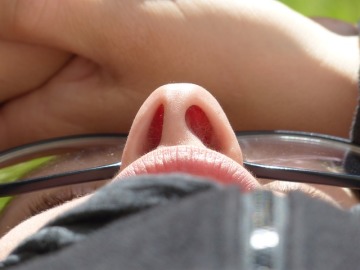